David Case is a freelance illustrator, storyboard artist, and screenwriter. Born in Hartford, Connecticut David has been drawing since age 2, growing up on a steady diet of comic books and movies, leading him to win both the theatre and art prizes at the Loomis Chaffee School in Windsor, Connecticut. After graduating with a B.A. in film from Vassar College in Poughkeepsie, New York, David moved to Taos, New Mexico where he taught skiing. David moved to New York soon after and began his illustration career as an apprentice to Denis Luzuriaga in 1995. His interests include cooking, photography, cycling, traveling and fitness. David is currently illustrating his first graphic novel, writing his second screenplay, and living in Los Angeles.

Way Art: Your style has changed greatly over the last several years. Can you tell what prompted you to make such a change and how your style evolved?

DC: Well, when I first started in this business, I noticed that the majority of artists, while extremely talented, were also a bit dated — their characters looked like the were stuck in the 60’s and 70’s in terms of clothing and hairstyles. My decision as an artist has always been to change with the times, and to keep the art looking as fresh and contemporary as possible. I think my style is sort of the organic result of follwing trends and getting to know my computer better. 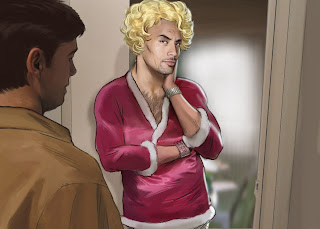 Your style is so realistic, can you explain your process?

DC: I’m a digital painter and photographer. Once I’ve gone over the job with the A.D., and thumbnailed the board, I’ll then create mockups or collages in lieu of a traditional pencil. This involves shooting friends or models and/or pulling swipe

off the internet. Although this part of the process is labor intensive, making revisions is a breeze — it’s easy to patch a head or change shorts into pants — and going to FINISH takes a fraction of the time it took when I was a traditional artist using pencils, inking with brushes and coloring with markers. Once I’ve assembled the frame, the fun begins — I toggle between painter and photoshop using a variety of tools to create the final illustrated piece. SinceI began this process I travel everywhere with my camera, taking pictures of everything from coffee cups to park benches. 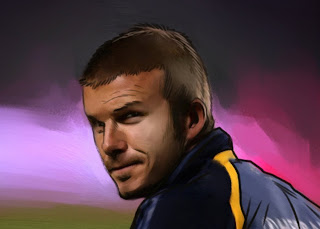 There is a great deal of photography incorporated in your work. If the hero is a celebrity, how do you maintain the character likeness in each frame with so many angles and movement?

DC: Well, I live in LA so I just hang out by the Ivy! One of the reasons I want to marry Google, there are tons of images of celebrities out there. I love it when the clients provide swipe. I can still draw the celeb traditionally too.

With such a realistic style, what has been the biggest challenge for you so far? What has been your greatest success? 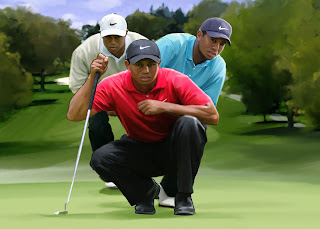 DC: Well people love the overall look of my art…now. When I first went digital in ’99 some clients and A.D.’s were a little freaked out becuase my style was so startlingly different. One of my first digital jobs, the A.D. hated it, I mean, really hated it. But I stuck with it. I think seeing photo realistic backgrounds took some getting used to, but now it seems pretty common. Plus, I‘ve gotten way better at it. Some A.D.s prefer a loose drawing style, and sometimes I wish I was doing that quick sketchy stuff — realism poses some unique challenges, and frankly I never have as much time on the image as I would like. But I never miss a deadline! I’m glad I chose this unique process, It keeps me interested. And the animatics I work on look better than ever. I’m always getting calls, so I guess I’m doing something right.

Can you tell us one of your funniest moments working on a job or using a model? 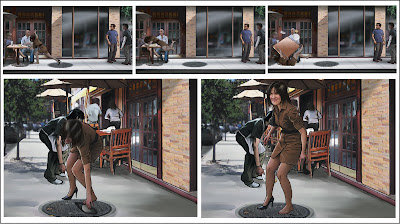 DC: Well, my neighbor Marie was willing to do a comic pratfall for a StayFree animatic. She had to pretend to crash into a table at an outdoor cafe. I laid out a few blankets and a comforter and she was my stuntwoman. She went for it, diving and flailing about. What a trooper! I have great neighbors!

What is your process when working with clients? Can you walk us through an animatic job?

DC: Well, first up is the conference call with the creatives, the producers, the buyers and the team’s spiritual advisor. We’ll go through the script frame by frame and make sure we’re all on the same page. After the call, I’ll mostly likely head to the nearest bar and start drinking. Then the research phase begins, surfing the net for images, dropping them into a folder, and snapping as much photo reference as possible. Then I’ll begin assembling the mock-ups. OnceI’m really in there,

working away, the amount of heads, lips, and arms needed for the animatic becomes much clearer. A lot of the color issues I’m resolving as I layout the frames. Once I’m greenlit to finish, It’s a matter of painting, doing linework and labeling the layers so it’s easy for the animators to do their work.

What do you love most about doing animatics? 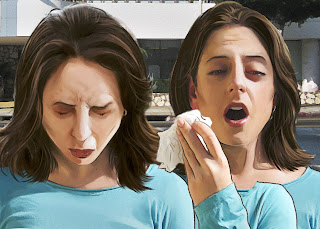 DC: I love animatics because they’re really fun to do. I get a kick out of seeing a few static images come to life, and I have lots of fun using my friends as models. They’re great to work with, and always willing to help me out. Unlike storyboards which might be due in a day or two, I’m typically given plenty of time to work on an animatic. The clients benefit from the relaxed schedule by getting my best possible work.