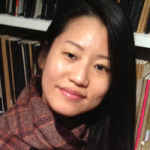 After graduating from the School of Visual Arts, June Kim started off her career as an editorial and commercial illustrator. Her most recognized art was the award-winning music video and album cover of the rock band JET. Since the release of her first graphic novel 12 days, she has been mainly working in advertising for last seven years with clients such as LG, Xerox, Dannon, Pfizer, McDonalds, Coca Cola. When not storyboarding, she can be found working on a series of food-themed comic essays.