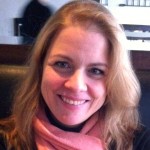 It’s the story that sells and Stephanie loves to help people tell their stories. From humorous and whimsical to the gripping, emotional tale, she loves every moment of translating the idea into something that can be shared with others. Originally from Munich, Germany Stephanie von Dressler came to the U.S. to study at Duke University, later graduating with a BFA in Illustration and double honors from Parsons School of Design in NYC. During the following 11 years at Ogilvy & Mather as an in-house sketch artist, Stephanie became a Partner and Manager of the Illustration Department where she coordinated and collaborated with a varied pool of talented freelance artists and was able to continuously learn and grow in a diverse creative environment. In 2013 Stephanie made the jump to a full-time freelance career and has been fortunate to be part of many exciting and award winning campaigns and various film projects.

When not working on concepts, storyboards or illustration for advertising, she enjoys creating characters and humorous sketches about daily life and strange encounters.