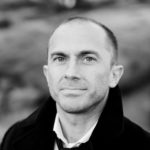 For nearly 20 years Trevor has been fortunate enough to be in the business of visual storytelling as an Illustrator, Storyboard, & Comic Book artist.
As graduate of the Joe Kubert School in 1999 Trevor began his career working in comic books for publishers like Dark Horse Comics and Wildstorm then moving on to Marvel and DC Comics. He's been fortunate enough to have a storied career as series artist on such books as Nightwing, Batwoman, Klarion, Aquaman, and most recently Nightwing the New Order. In 2012 his mini series, Batman Gates of Gotham spend 5 weeks in the top ten New York Times Best Seller List. As a Storyboard artist he's contributed to the campaigns of countless Ad Agencies and hundreds of brands over the years including BBDO, BBDO Energy, Droga 5, Area 23, MRM McCann, Madwell, Saatchi & Saatchi, McCann Erickson, Universal McCann, Mother, BBH, Chait Day, David Agency, RPA, Syrup, Leo Burnett, Martin Agency, Kaplan Thaler, Y&R, and many, many more. Trevor began his advertising career quite spectacularly as lead artist on McCann Erickson's “superhero” campaign for Major League Baseball in 2002. Working out of Brooklyn, NY with easy access to the city Trevor continues working at home and in house with Ad Agencies and Production companies as a storyboard, animatic, and comp artist on a regular basis. Fluent of course in all traditional media, but choosing these days to use what has become industry standard of drawing and coloring digitally in Photoshop, Corel Painter, Sketchbook pro.