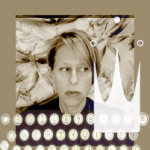 Margaret Riegel is an award-winning illustrator who works for many prominent national magazines, major metropolitan newspapers and Fortune 500 corporations.
Since graduating from The Cooper Union School for the Advancement of Science and Art, Margaret has received numerous awards, including ones from American Illustration, The Society of Publication Designers, and The Society of Illustrators of Los Angeles among others. She has been recognized by several top trade publications and her work was exhibited in the "Illustrators of The New York Times" show at the Society of Illustrators in New York City.
Based in New York City, Margaret continues to work on a wide range of commercial commissions including corporate, editorial, advertising and publishing. Some of her clients have included American Express, Merril Lynch, Oracle Communications, Pitney Bowes, TIAA-CREF, Hill Holiday, Little Brown, The New Yorker Magazine, The New York Times Magazine, Newsweek, Time Magazine, Fortune Magazine, and Forbes Magazine. Margaret lives in Manhattan with her husband, 2 kids and her large picture collection.